My dad spent more than 30 years, from the 1960s to the late 1990s, at NASA Langley Research Center, which turns 100 this year. During that time he worked on Apollo-adjacent technologies, atmospheric and environmental satellite based sensors, and diagnostic equipment for hypersonic jet engines.

That’s a grossly inadequate description of what he worked on. I got to know his work on coherent anti-Stokes Raman spectroscopy and its applications to high temperature sensors pretty well, because that’s what he was working on when I was in high school. And I’m old enough to remember his overnight or weekend trips to Wallops Island to fly missions to measure ocean environmental characteristics with lasers in the late 1970s, before funding for NASA environmental research was cut during the Reagan years. But he was also at the center when it was a hotspot of research for the Apollo program. I’ve driven by the huge concrete pad dwarfed by towering girders above where Neil Armstrong practiced manually steering the Apollo landing craft to a safe touchdown—skills he ended up using for Apollo XI. 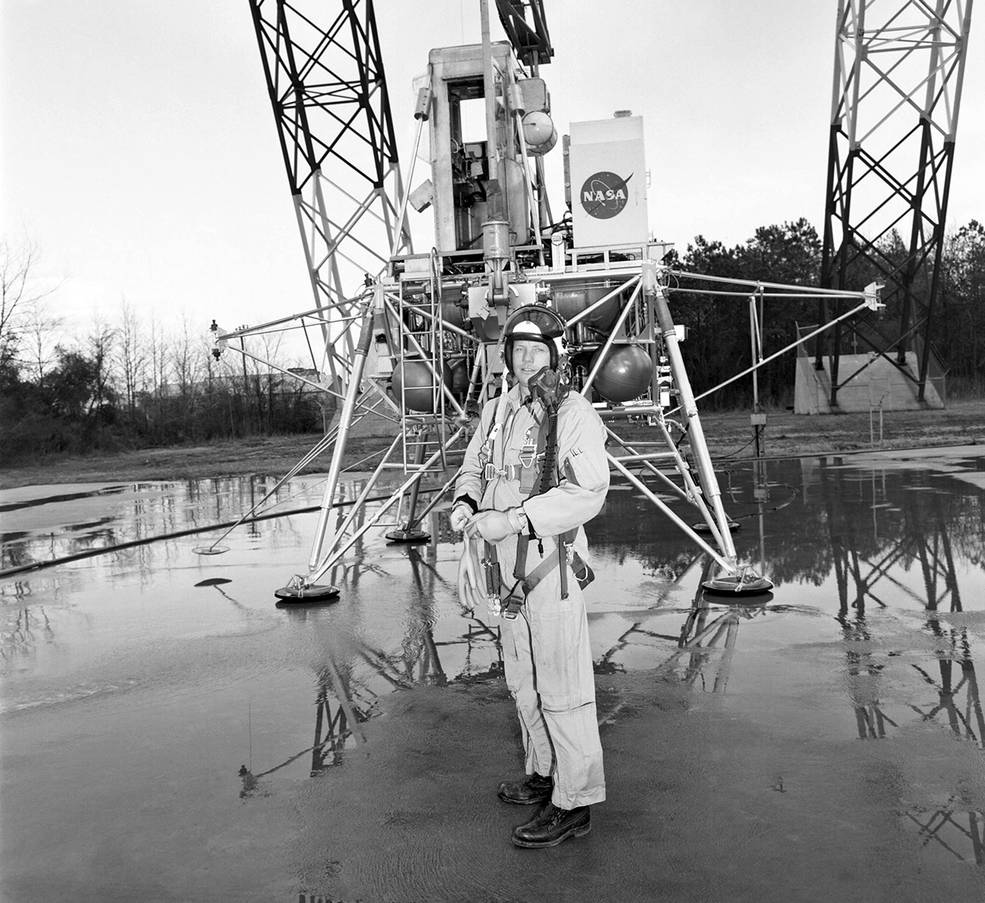 Looking forward to watching this documentary about the center (narrated by none other than William Shatner) with my kids, if I can just get them to sit still long enough.