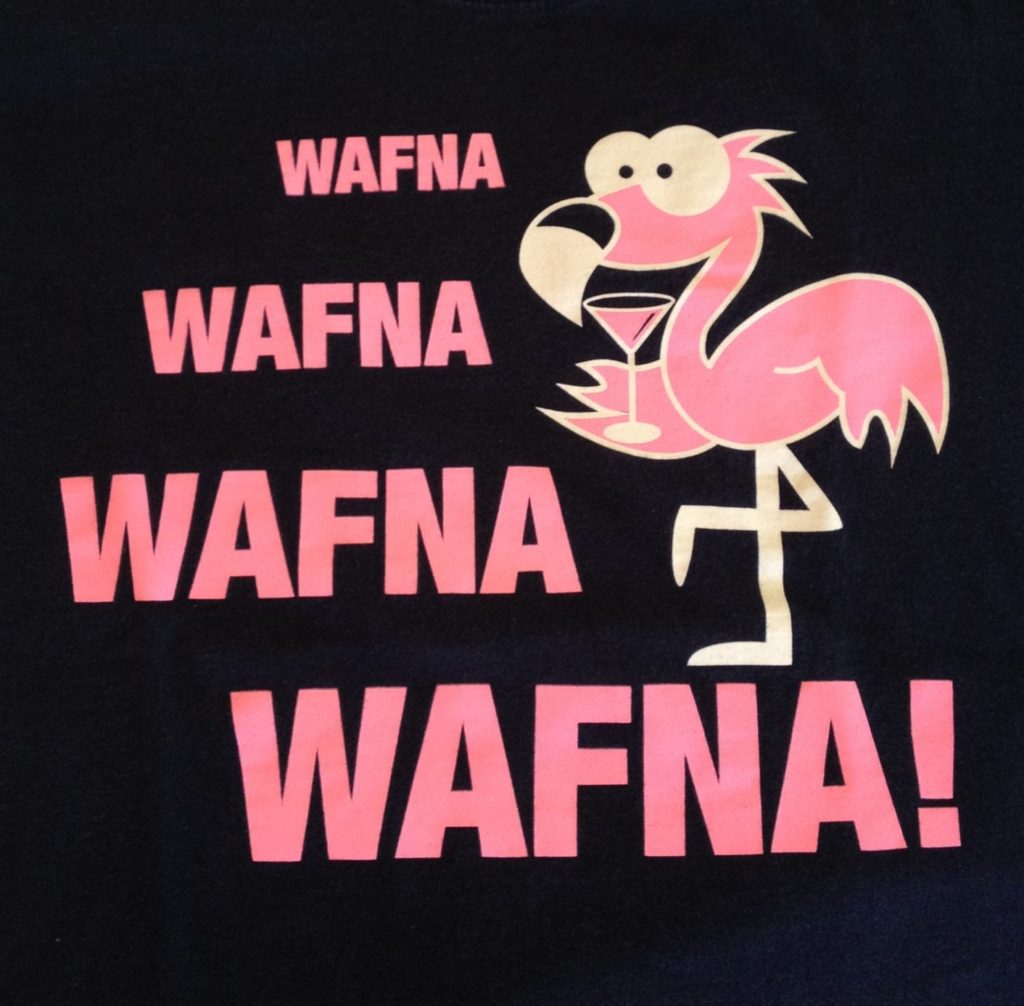 One of the most beloved traditions of the Virginia Glee Club is its mascot, the pink lawn flamingo affectionately named Wafna. She has been a tradition for “living memory,” meaning since before I was a member from 1990 to 1994. But how did such a rare and unusual bird become the mascot of a 145-year-old men’s chorus? The answer, surprisingly, is a little shrouded in mystery.

Let’s get the obvious out of the way: yes, Wafna is named after the utterance of the drunken, angry, naked victim of the Abbot of Cockaigne in the “In taverna” part of Orff’s Carmina Burana:

But how did the name get to be attached to a pink lawn flamingo? And when? The “why” is probably the association of the members of the Glee Club with naked drinking in taverns.

As to when: on March 1, 1987, the Glee Club performed Orff’s Carmina Burana together with the University Singers, the Virginia Women’s Chorus, and the Charlottesville University and Community Symphony Orchestra. By the fall of 1987, there was a pink flamingo named Wafna who hung out at 5 West Lawn. Who acquired the flamingo and who did the naming are lost to history, but it seems pretty certain to have happened between those dates.

What is not lost is Wafna’s continued role in Glee Club lore. Her most dramatic moment was the colonization of the Lawn with more than a dozen Wafna-alikes a few years ago, but she also lives on in tour tshirts (like the one at the top), cocktail glasses, bottle openers, and of course as a pink lawn flamingo, who appeared at events at the 145th anniversary reunion weekend to lift our spirits.